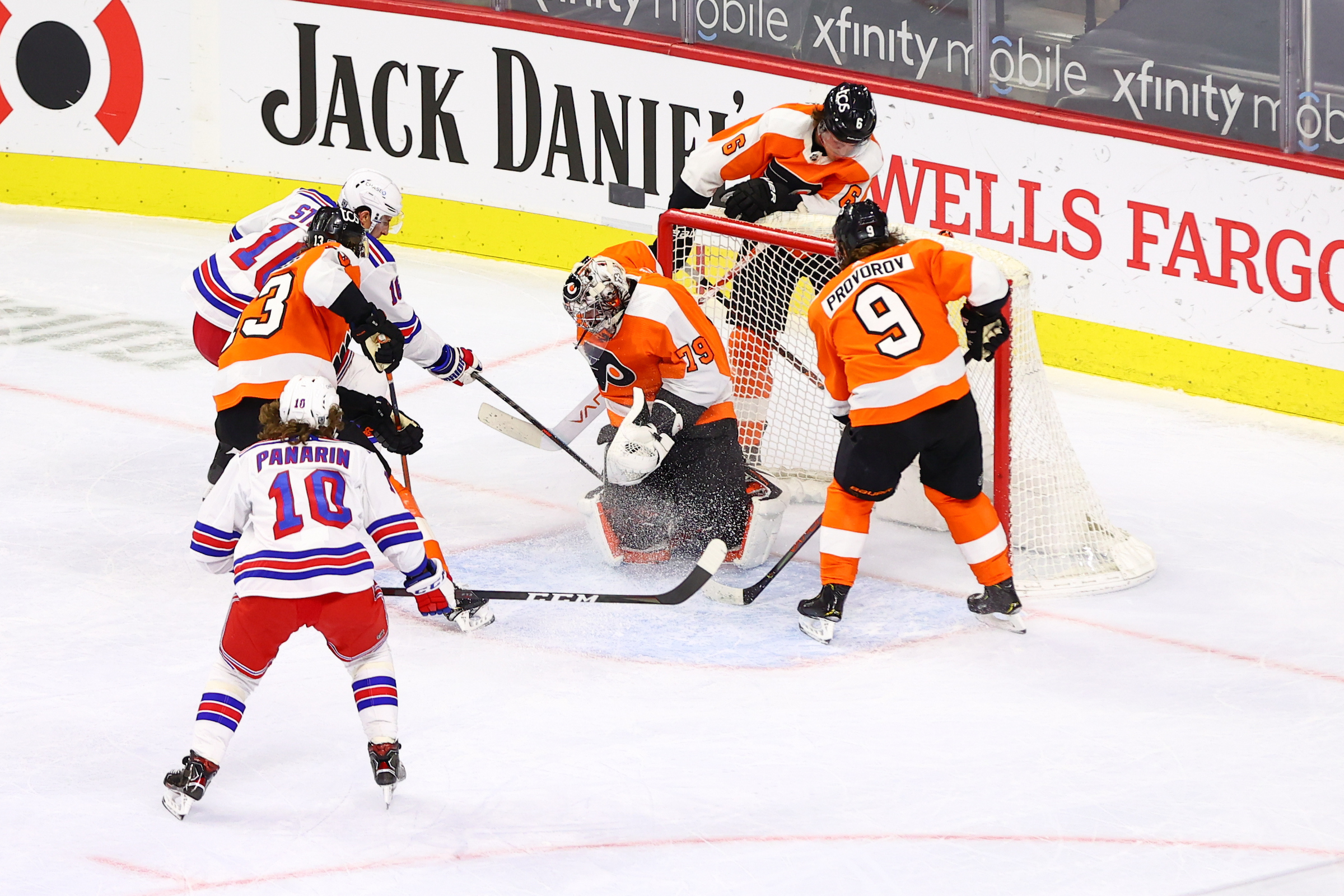 Welp. We have another Philadelphia Flyers game folks. Looking forward to watching Gerry Mayhew on the second line tonight for no particular reason. The Flyers came up short against the Bruins Thursday night in a 3-2 loss. This could provide some reassurance that the Flyers will not have another game where they allow a touchdown and a 2+ conversion against their old division foes.

Cam Atkinson continues to be red hot as our leader in all points categories over the last 5 games (8 pts, 3g, 5a), so it feels a bit redundant to tell you all to watch for #89 tonight. On the Rangers, Chris Kreider is still doing his thing, scoring 4 goals in his last 5 games played.

– Tonight will be the second time the Flyers face off against the New York Rangers this season. The Flyers first played the Rangers this season December 1st, where they fell in a 4-1 loss in MSG. Kevin Hayes lead morning practices as he will play against his former club, and he will be centering Gerry Mayhew, who has been given a chance to play some serious NHL minutes.

– Engulfed in flames, Flyers twitter has been rampaging about what Hextall made of this club. If it makes anyone feel better: On this day, January 15th, 1985, Ron Hextall received a demotion. We got ’em folks, we did it. Totally owned.