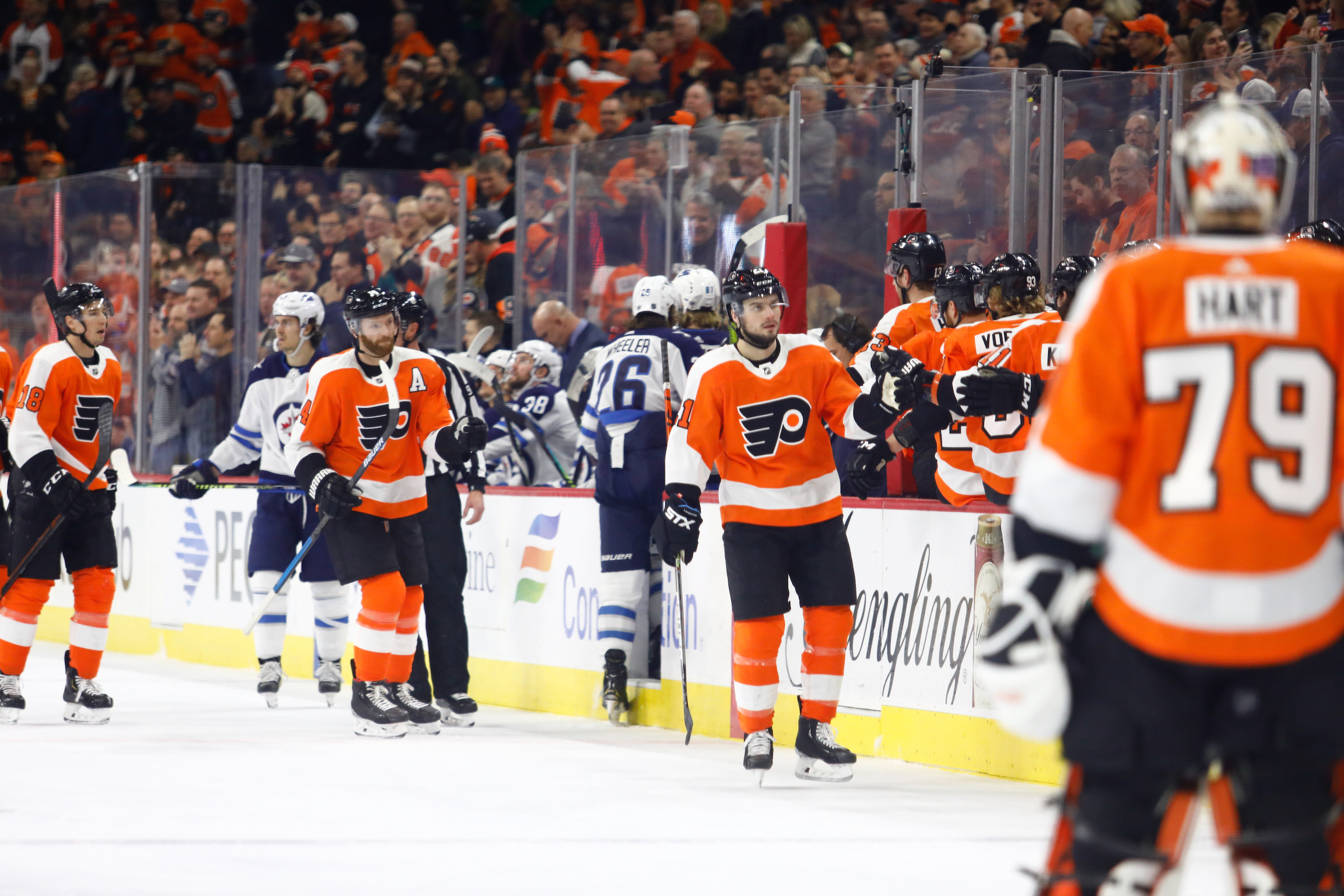 The Philadelphia Flyers will take on the Winnipeg Jets tonight at Wells Fargo Center in their final game before the All-Star break. After tonight, Philadelphia will be on an 8-day vacation until February 9th when they host the Detroit Red Wings.

The Flyers ended a franchise record 13-game losing streak on Saturday afternoon with a 4-3 overtime victory over the Los Angeles Kings, as Scott Laughton rammed home the game-winner and Cam Atkinson scored two goals in the affair to take the team lead at 17 this season.

Winnipeg is currently in the midst of a down season and sits sixth in the Central Division. The Jets recently ended a losing streak of their own on Saturday as well, as they defeated the St. Louis Blues 4-1 on the road to end a season-high six-game slump.

Like Philadelphia, the Jets had high expectations entering the season, have struggled numerous times throughout, have an interim head coach behind the bench, and have not received enough production from some of their top players. Both teams are looking to right the ship and get another win tonight in what will be a tough battle for both sides.