Cam Atkinson is an Absolute Rockstar 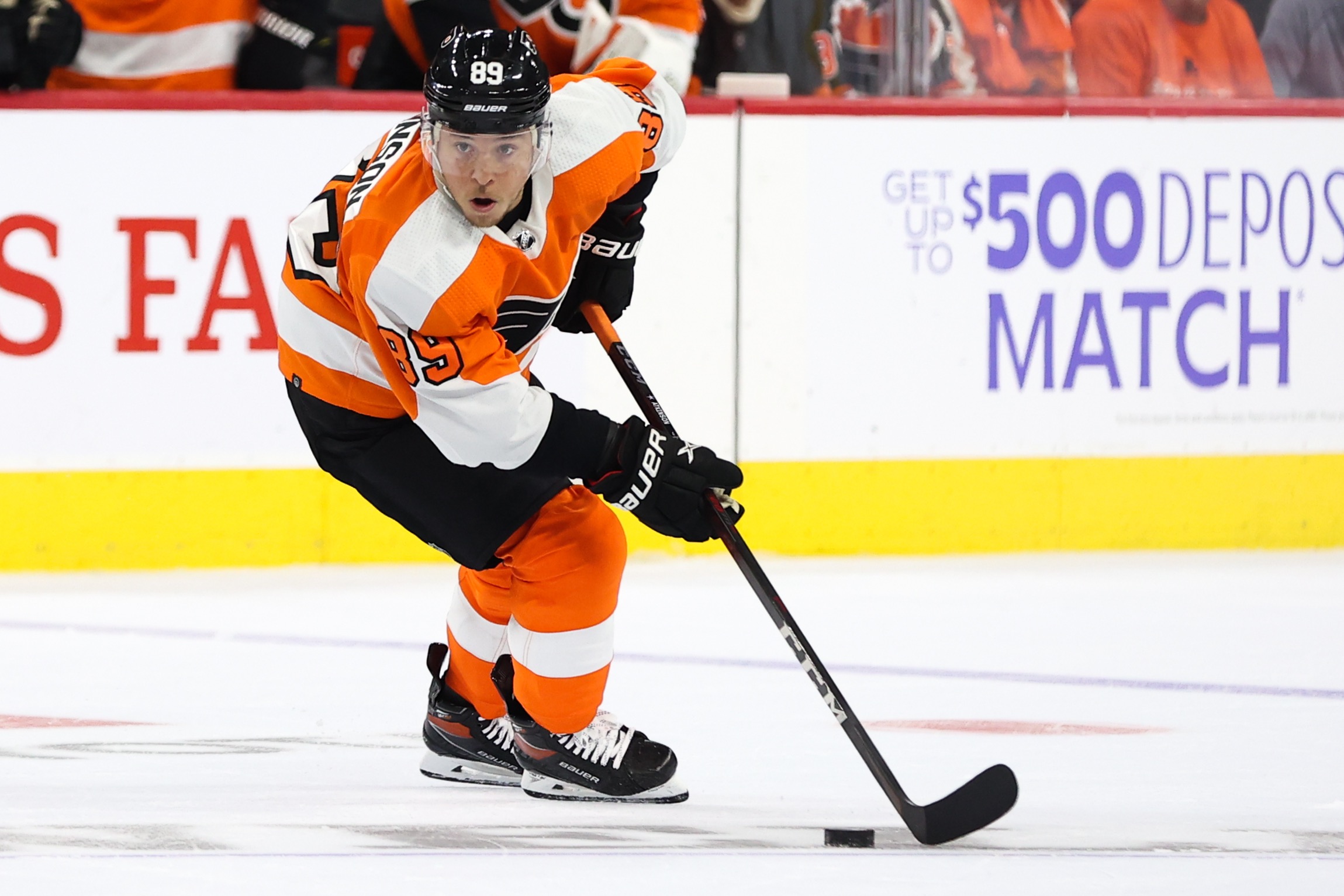 When he was traded to the Philadelphia Flyers by the Columbus Blue Jackets for Jake Voráček on July 24th, Cam Atkinson was a relative unknown to some of the casual hockey fans in Philadelphia. Advertised as a shoot-first player, Atkinson was three seasons removed from a 41-goal campaign in Columbus, but hasn’t broken the 20-goal mark since, potting 12 and 15 in each of the last two shortened seasons.

Some people looked at the trade as the Flyers getting exactly what they needed in a lineup full of talented playmakers without much shooting help. Others looked it as a loss with how many points Voráček racks up per season compared to Atkinson. But the core of the Flyers had simply become stale, not achieving the postseason success that most had expected of them over the last decade, and general manager Chuck Fletcher knew that changes had to be made after a disappointing 2020-21 campaign.

The Atkinson-Voráček swap was just one of a few large moves made by Fletcher and the Flyers this past summer, but it was certainly the most monumental in terms of the players involved. The diehard Flyers faithful would tell you it was the right move to make though, and so far Atkinson is becoming a household name in the City of Brotherly Love.

Atkinson made a good first impression on Flyers fans when he sported a Gritty t-shirt during an introductory Zoom call with the press immediately after the trade.

Atkinson’s grandmother Marge has also become a mini-celebrity in Philadelphia after she wore her grandson’s new #89 Flyers sweater, and even got to ride the Zamboni at the season opener against Vancouver last week.

Atkinson and his family took in the city of Philadelphia immediately, highlighted by a tour of the team facilities and the city that the Flyers showcased on social media.

If that wasn’t enough for the fanbase to take to him immediately, his play on the ice so far has been plenty enough reason for people to love him.

Atkinson already has 3 goals and 1 assist for 4 points in the first three games of the season, highlighted by his two-goal performance on Wednesday against the Boston Bruins before a rambunctious Wells Fargo Center and a nationally televised audience on TNT. He is one of three Flyers with three goals so far alongside fellow wingers Joel Farabee and Travis Konecny. They’re the first trio of Flyers to have three goals in the first three games of a season since Bill Barber, Darryl Sittler, and Tim Kerr accomplished the feat during the 1982-83 season.

#89 has shown plenty of speed and his lethal shot has been on full display in the early going of the 2021-22 campaign. He scored his first goal in his Flyers debut last Friday night against the Vancouver Canucks. He obviously has a nose for the net, and he used it to his advantage as he received a pass in the slot from Farabee as he was cutting to the net to bring the Flyers within a goal.

Despite the Flyers’ loss in the shootout, Atkinson talked about the energy of the crowd in his postgame press conference.

“Pretty electric. I was telling some of the guys after the game that it seems like, when I was on the other end when we were up, for whatever reason the crowd got into it and they’d always come back and tie it and they’d eventually win, Flyers I’m saying. But it’s good to be on this side of it and good to see all the support. Wish we could’ve got the win for the fans, but I think we did some good things tonight.”

He kept up his strong play with an assist on Farabee’s goal against Seattle in the Flyers’ first victory of the season in their next game. Atkinson then posted his first multi-goal appearance in Orange and Black on Wednesday with a pair of markers against the Bruins. His second goal would stand as the game-winner in the Flyers’ 6-3 victory.

Atkinson has been a part of the second line with Farabee that’s centered by fellow newcomer Derick Brassard, with the trio being dubbed “The FAB Line” for their initials. So far, they’ve made good on that name, as the three have combined for 15 points in the first three games of the season, by far the most of any line on the club.

Atkinson has been a breath of fresh air on a team that was striving for it, and he’s arguably been Philadelphia’s best player in the early going of the season. The speed, the shoot-first mentality, and the tenacity he was expected to bring have been much better than advertised. The skill and personality that Atkinson brings to this team and this city have helped this team win important games and earn huge points in the standings early on, as well as give the Flyers a new identity.

The Flyers of old lacked a real label to their teams. You didn’t know if they were tough, skilled, physical, relentless, or anything really. They were a jumble of players that seeming gelled only well enough to contend for a Wild Card spot in the playoffs, but could not sustain success and looked like an AHL team on certain nights, but looked like Stanley Cup contenders the next.

These Flyers so far have definitely given off one identity: fun. They have been absolutely fun to watch. They don’t give up when they allow goals, they routinely stick it to the other team throughout the game instead of wilting when things get tough, and they keep things buzzing at almost all times instead of periodically not showing signs of life.

The crowds at Wells Fargo Center have been energized and loud for all 60 minutes of every game so far, which is something we haven’t seen in a very long time, and part of that is thanks to Cam Atkinson, the absolute rockstar of this new loud and proud Philadelphia Flyers team so far.