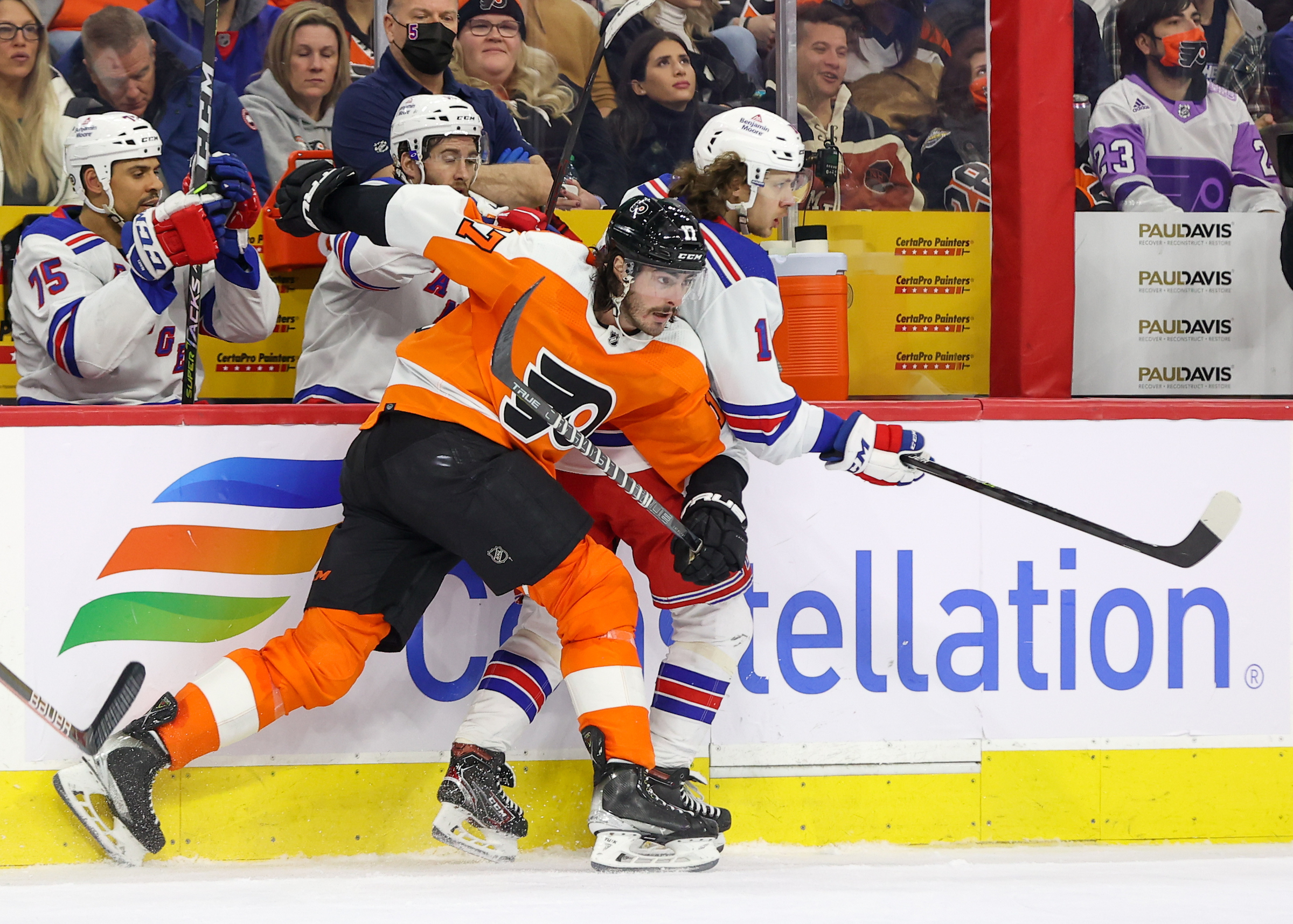 The Philadelphia Flyers, a team that currently sits at the bottom of the Metropolitan Division but speak with outward confidence about making a serious end-of-season run, are about to embark on a treacherous journey from mid-February to mid-March. It can be said that their last 6 games could’ve been the easiest stretch they’ve gone through since mid-December. They picked up only 2 wins during that stretch but luckily for them it was their most recent 2, giving them some sort of momentum. That momentum was abruptly snagged by the All-Star break but with 2 games this week, both against the Detroit Red Wings, the Flyers desperately need those 4 points if they actually think they have a chance.

For most realistic fans, the playoffs are not in the cards. Crazier things have happened before but with two separate 10+ game losing streaks and an 11 game gauntlet commencing next week, the Flyers need a miracle of all miracles to pull it off. They are currently 17 points out of the wild card race but the Boston Bruins have 2 games in hand. The Detroit Red Wings are currently the team on the outside looking in of the final wild card spot but they have an 8 point edge on the Flyers. Luckily for the Orange and Black, they hold a 2 game advantage on the Red Wings; making this upcoming home and home that much more important.

After the Red Wings home and home, the Flyers face-off against the Pittsburgh Penguins, the Washington Capitals twice, the Carolina Hurricanes twice, the St. Louis Blues, the Edmonton Oilers, the Minnesota Wild, the Chicago Blackhawks, the Vegas Golden Knights, and the Florida Panthers. The Penguins game is on the road but after that they begin an 8 game home-stand before finishing off the last 2 games on the road.

The home-stand is going to include games against the Capitals twice, the Hurricanes, the Blues, the Oilers, the Wild, the Blackhawks, and the Golden Knights. If there was ever a time to go on a mammoth-type run, it would be a gifted 8 game home-stand. The reason being home-ice advantage is usually a boon for most teams, but the Flyers only hold an 8-10-4 record at the Wells Fargo Center.

On top of the fact that they need a resurgence on home ice, their opponents are generally doing pretty well for themselves. The lone outlier of that group where the Flyers could be seen as odds-on favourites would be against the Chicago Blackhawks, who have 39 points and sit 24th in the league standings, as opposed to the Flyers’ 38 points and 26th rank.

The Capitals, who the Flyers play twice, are fourth in the Metropolitan Division, tightly packed with the top 3 teams in Carolina, Pittsburgh, and the New York Rangers. Speaking of the Hurricanes, they sit at the top of division and are 4th best in the NHL. The Blues find themselves in a similar spot as the Capitals, fourth place in their division and their conference. The Wild are slightly ahead of the Blues, third in the Central Division and Western Conference, the Oilers have won 5 of their last 6 and possess 2 of the best players in the league, and the Golden Knights sit at the top of the Pacific Division and 5th in the Western Conference. In other words, a daunting home-stand if there ever was one.

The road games are against their cross-state rival, the Pittsburgh Penguins, who are third in the division and 5th in the Eastern Conference, the NHL’s best Florida Panthers, and the Metropolitan’s best Hurricanes once more. The Flyers will still be without key players in Sean Couturier and Ryan Ellis, whose timelines still remain mysterious and murky, while there might be a small chance we see the return of Joel Farabee and Kevin Hayes near the end of the gauntlet.

The Flyers hit the All-Star weekend on a “high” as they won both games leading into the break and snapped a 13 game winless drought. Rumours are never-ending in relation to Claude Giroux’s status and whether or not he waives his no movement clause, let alone if the once-again aggressive management group wants to keep him. Several expiring contracts like Rasmus Ristolainen, Martin Jones, Keith Yandle, and Justin Braun could entice contending teams but the all-of-a-sudden confident Flyers don’t want to throw in the towel just yet.

Once the gauntlet begins, it will ease them into the March 21st trade deadline and everything will become a lot more clear. They will require a miracle to upset several of the NHL’s best but fortunately they have to come through the doors of the Wells Fargo Center instead of the Flyers having to travel and in short order. It all begins tonight against a Red Wings team that the Flyers are chasing.

Coming out of the extended break, we will see if the Flyers have developed the mettle and urgency they keep insisting they have.