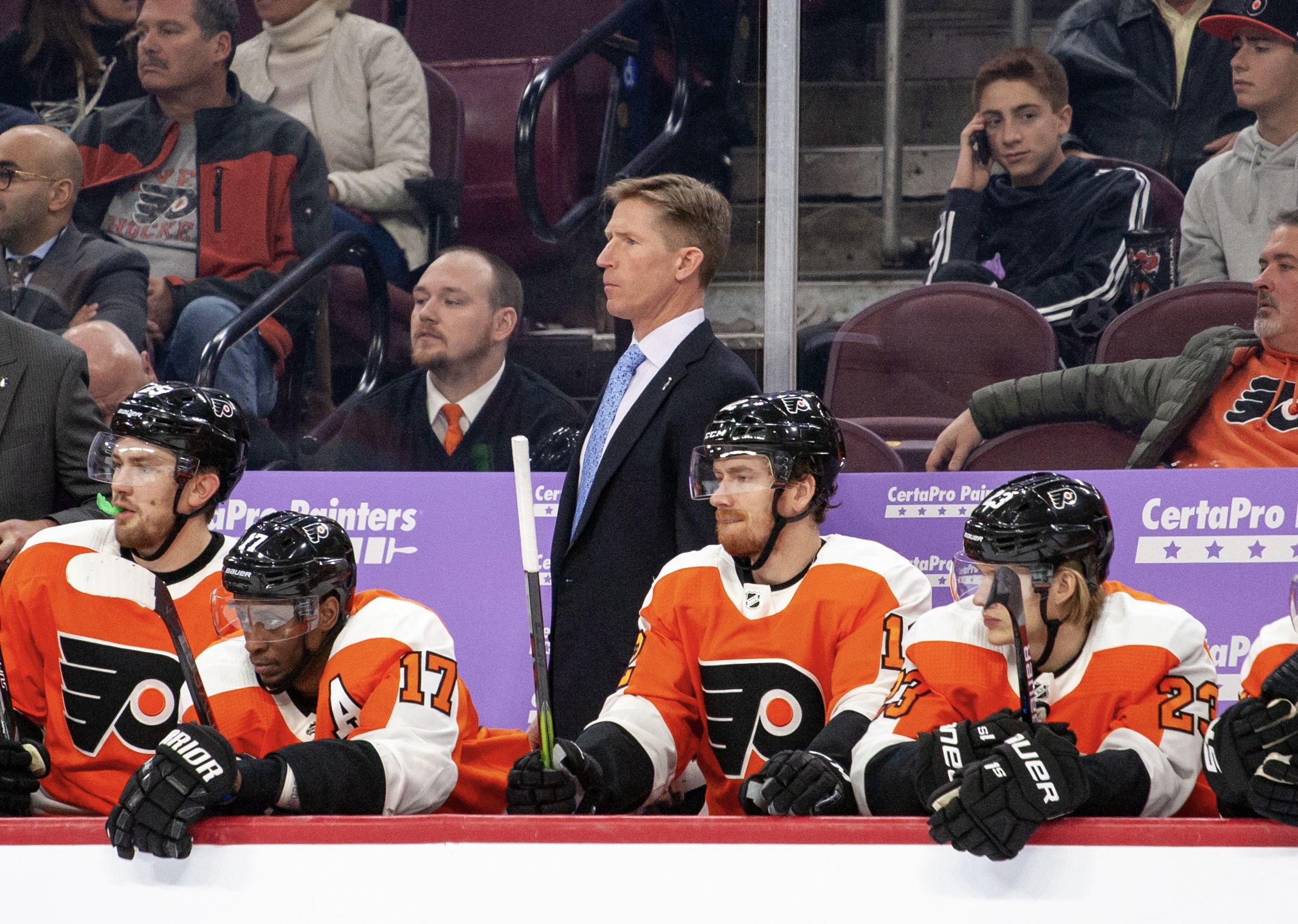 With John Tortorella Set to Take Over, We Look Back and Rank His Predecessors

With the regular season less than a month away and John Tortorella raring to be the seventh head coach (interim or not) to be behind the bench for the Philadelphia Flyers since 2012-13, we look back and rank his predecessors from that time, with the exceptions of Scott Gordon and Mike Yeo who were only interim head coaches for less than a full season.

There might not be a head coach in Flyers history more despised and hated than Dave Hakstol. Now, a lot of that has to do with recency bias, another chunk has to do with the Hextall/Hakstol era, but he was also to blame for a lot of choices he made during his four-year reign. The Flyers have had 22 head coaches in franchise history, and Dave Hakstol sits in third place for most games coached (277), trailing only Mike Keenan (320) and Fred Shero (554). In terms of wins, Hakstol is fifth with 134, behind Pat Quinn (141), Peter Laviolette (145), Keenan (190), and Shero (308). He has also garnered the 6th-most points but has the 12th-best points percentage in franchise history at .560%.

The Hextall/Hakstol era came off the heels of Craig Berube being dismissed after two seasons behind the bench. It was known that Hextall wanted to bring in his own hand-picked coach as the newly minted general manager and there were rumours and reports that Berube and Hextall never really saw eye to eye. In his stead came Dave Hakstol who had no NHL experience but had coached the University of North Dakota for 15 seasons – 4 as an associate coach and the last 11 as the head coach. It was the third of its kind as only two college head coaches had ever made the leap into the NHL prior, but there was also some familiarity between the two as Hakstol had previously coached Ron Hextall’s son, Brett.

The Flyers surprisingly made the playoffs in his first season off the back of a pretty good turnaround from the previous year. They finished 41-27-14, which was good for 5th in the Metropolitan Division but they weren’t too far off the rest as they finished 4 points behind the New York Islanders, 5 behind the New York Rangers, and 8 behind the Pittsburgh Penguins. The Flyers were unfortunately dealt with the hand of playing the 120-point, Presidents’ Trophy-winning Washington Capitals in the first round.

It was a tough series and one where they were very much outmatched, outmuscled, and outskilled. The Flyers were outscored 14-6 in the six-game defeat, and were down 3-0 in the series before Michal Neuvirth pulled a rabbit out of his hat for two heroic games before falling 1-0 in Game 6. The Flyers lost Sean Couturier in Game 1 after a heavy hit from Alexander Ovechkin and their depth was tested but never persevered. Nevertheless, it was a good sign that the Flyers even made the playoffs in the first place and everyone was hoping it would continue the following season.

What ensued was the prime of the flip-flopping between making and missing the playoffs, lack of secondary scoring, lack of talent surrounding Claude Giroux and Jakub Voracek, and a general manager whose prime focus was shedding cap space and hoarding draft picks. They slumped to a 39-33-10 record the following season and missed the playoffs, but made up for it with a 42-26-14 record in 2018 yet fell in the first round again, but this time to the Pittsburgh Penguins. The Flyers then went 12-15-4 to open 2018-19 before Hakstol was fired 31 games into the 2018-19 season under the new regime of Chuck Fletcher and company.

There was a lot of mismanagement of player personnel and ice time with Hakstol behind the bench but once again it always comes back to the lack of talent and secondary and tertiary options that were present. Nevertheless, the entire world saw that Valterri Filppula, Jori Lehtera, Chris VandeVelde, Dale Weise, Brandon Manning, and Andrew MacDonald were not equipped to play the amount of hockey that the Flyers were giving them. However, Philadelphia kept pushing the veterans in high-octane moments and the team obviously slipped time and time again.

Young players like Shayne Gostisbehere, Travis Konecny, and Oskar Lindblom found themselves in Dave Hakstol’s doghouse – sometimes for no real rhyme or reason. It just always seemed like the team was pushing the veterans over the prospects, even though they were hoarding draft picks and prospects for the supposed betterment of the future.

It was a disastrous tenure, it was more head scratching than positive, and in the end it was truly seen as a waste of 4 years, considering it represented the peak primes of Claude Giroux and Jakub Voracek. 2 playoff appearances in his 4 seasons, both ending in the first round, wasn’t the new look the Flyers were going for under Hextall’s 5 year plan, and all those picks and prospects never really panned out either.