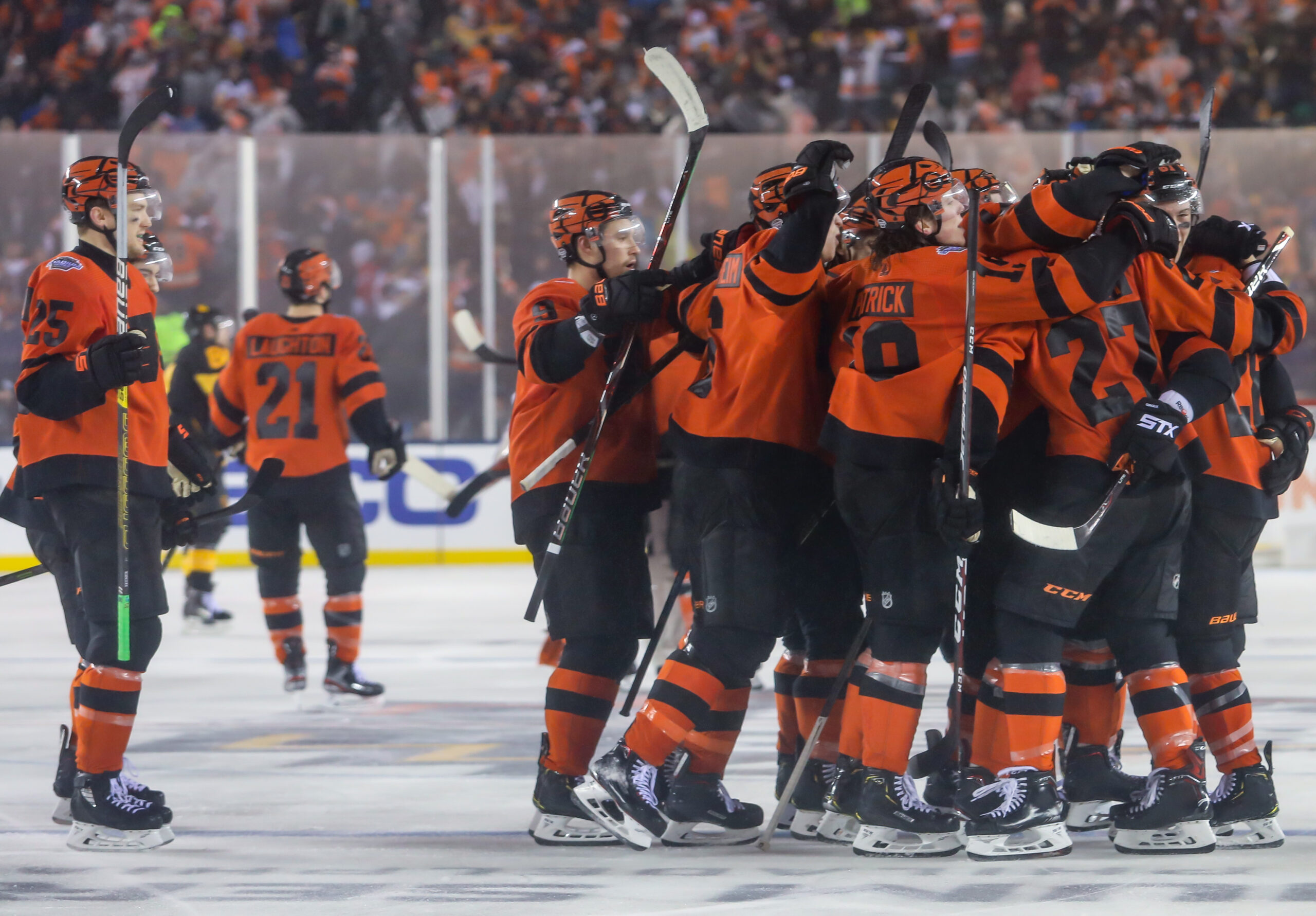 Some of the Better Moments and Memories of the Last Decade

It’s been a tough ride since the summer of 2010 for fans of the Philadelphia Flyers and by the looks of things, it’s not going to get any better anytime soon. While trying to forget all the bad that has happened in the last decade and a half, we try to remember all the good we witnessed as we try to cling onto something. Dating back to the 2012-13 season, we will take a look at the best moments of the last decade:

After a middling lockout-shortened season that saw the Flyers finish with a 23-22-3 record, the writing was on the wall for head coach Peter Laviolette. Paul Holmgren fired his head coach three games into the 2013-14 season after the Flyers fell to a quick 0-3-0 record, but he pointed out to the fact that they didn’t play particularly well in the preseason either. He fired Laviolette on a hunch and replaced him with Craig Berube, who turned things around as they finished the season 42-27-10 in their final 79 games.

The Flyers were two points behind the second place New York Rangers for home-ice advantage in their first round matchup. Ray Emery had to suit up for the first three games of the series due to a concussion that Steve Mason suffered right before the season ended in a game against the Pittsburgh Penguins. The Flyers fell to the Rangers in a heartbreaking seventh game, Mason went 2-2-0 with a .939 SV% compared to Emery’s .888 SV% – making you wonder what could’ve been.

However, one of the greater moments of the season, playoffs, and quite frankly the last decade came in their do-or-die Game 6 tilt with elimination on the line. The Flyers took down the Rangers 5-2, in large part due to a Wayne Simmonds hat trick that also yanked Henrik Lundqvist from the game. His first goal came on the power play, slamming away a loose puck in the crease. He followed that up with an open-net slam after Brayden Schenn’s pass went through the leg of a Rangers defenseman, and then he completed the hat trick on the power play after Jakub Voracek perfectly found the tape of Simmonds’ stick for a deflection goal.

The Flyers staved off elimination with a gritty performance from their star power forward. For whatever reason, Game 7 was the following night and the Flyers fell by a score of 2-1 as Lundqvist bounced back from his Game 6 debacle to lead the Rangers to the Eastern Conference Semifinals.

The Flyers have never really had the strongest corps of defensemen on a yearly basis, and they always missed out on having an elite, game-breaking, offensively talented rearguard. Kimmo Timonen was the closest thing they had and Mark Streit was also pretty good offensively, but was at the tail end of his career and was more stationary than mobile. In came Shayne Gostisbehere.

The Flyers had a defensive corps of Nick Schultz (81 games), Radko Gudas (76 games), Mark Streit (62 games), Brandon Manning (56 games), Michael Del Zotto (52 games), Evgeny Medvedev (45 games), Luke Schenn (29 games), and Andrew MacDonald (28 games). The lot combined for 24 goals and 92 points, with Streit taking the mantle thanks to his 6 goals and 23 points. Gostisbehere had 17 goals and 46 points to himself, almost doing the work of 4-5 defensemen.

Streit went down with an unfortunate injury mid-way through the season, which prompted the uber-cautious Ron Hextall to call up one of his better prospects from the AHL. Gostisbehere came out firing, recording an assist in his season debut against Carolina, then scoring his first career NHL goal against Los Angeles the following game. In his first 18 games, Gostisbehere had 6 goals and 14 points, 38 shots on goal, and was averaging 18:16 of ice time. He was explosive, he was exciting, he was fun to watch, and most of all he brought about a different set of skills that the Flyers defensemen didn’t have.

He then set an NHL rookie record for defensemen with his 15-game point streak from the 19th of January to the 20th of February, where he scored 5 goals and 18 points, averaged 21:22 of time on ice, and fired 37 shots on goal. He ended the season finishing second in Calder Trophy voting for rookie of the year behind Artemi Panarin, made the All-Rookie Team alongside Jack Eichel, Connor McDavid, Artemi Panarin, Colton Parayko, and John Gibson, and even finished 17th in Norris Trophy voting for top defenseman in the NHL.

The Flyers qualified for the playoffs as they were set to take on the Washington Capitals in the first round. The Flyers got outplayed, outmuscled, and outmanned as they fell in six games, but it could’ve been worse had it not been for the heroics of Michal Neuvirth in Games 4 and 5. Gostisbehere paced the team with 2 points in 6 games, putting on a final stake to a fantastic rookie season.