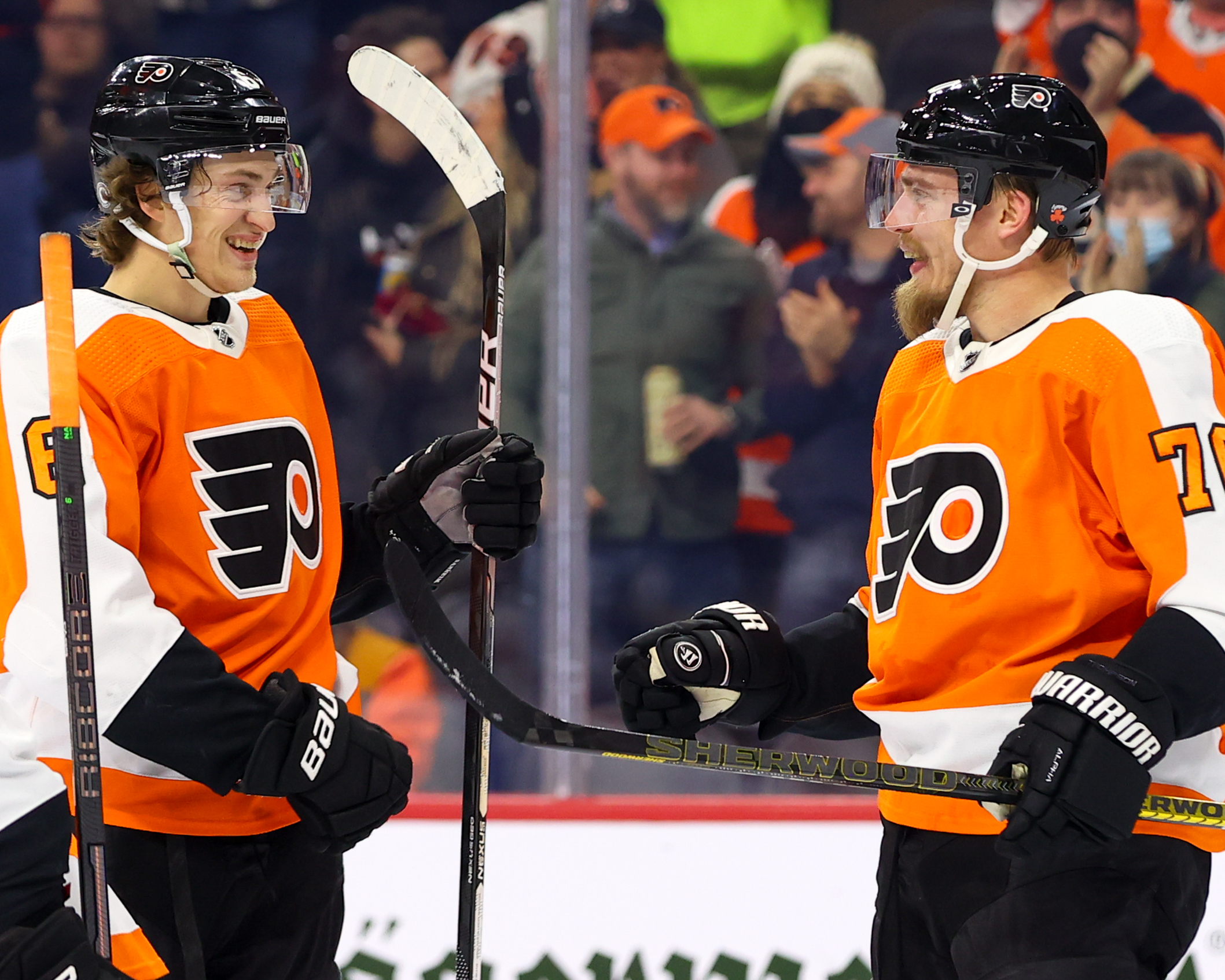 The Flyers are expecting numbers like that from their supplemental pieces and even if it might seem a little far-fetched after the season they just had, they need better showings from their secondary scoring pieces. The Flyers finished with 211 goals, which was the worst in the Eastern Conference and only second to last to the Arizona Coyotes in the NHL.

Trying to delineate between primary and secondary options on the Flyers isn’t an easy take, but it starts with Sean Couturier, Cam Atkinson, and Joel Farabee from the forward group and Ivan Provorov and Tony DeAngelo from the defense. For the sake of this list, Travis Konecny, who has led the Flyers in points twice since 2019-20, will be apart of the supplemental pieces. Success from Konecny and James van Riemsdyk will be of utmost importance especially with the absence of Joel Farabee. The wingers will be relied upon heavily in the first month of the season – or for however long Farabee is sidelined for.

Kevin Hayes might be the most important secondary piece on the Flyers, not only because he’s the bonafide 2C on the team, but we witnessed at the end of the season what a healthy Kevin Hayes looks like and how much of impact that has on the team. You also can’t mitigate the importance of a solidified second pairing on defense and the Flyers are going to need stabilization and replication from Travis Sanheim and a bounce back of sorts for Rasmus Ristolainen.